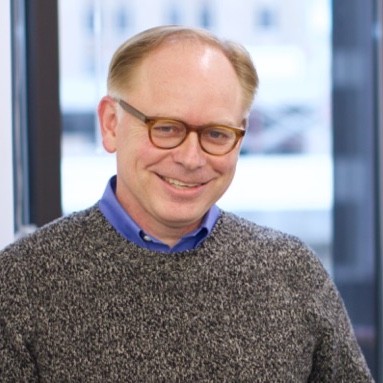 As a new graduate holding an architectural degree with emphasis in urban design, Mark originally planned for a career shaping city skylines. A few years into professional practice he was introduced to workplace design. Mark found that the design principles of city planning and workplace design are remarkably similar.

Both cities and workplaces are defined by their communities; each one with its own character and purpose. So today’s workplace projects kick-off with thorough studies of company culture, operations, and work-styles. This process offers context and unexpected discoveries.

The takeaway is impactful design that fuels our imagination and engages people. These design sensibilities have guided his work with iconic brands such as Amazon, Microsoft, United Airlines, Twitter, Herman Miller, and Disney in cities around the world.

Return To Work & Beyond