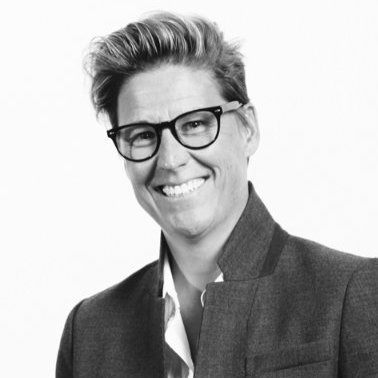 Jennifer Houston has been told she never lets moss grow, when she sees a challenge or opportunity, she tackles it.  Working for major agencies and brands, Jenn watched the “marketing” arena take twists and turns of its own, moving from analog to activating in a digital world. She also saw an ongoing clash between the desire to affect change and the audacity to pull the trigger. Jenn wanted to help agencies optimize their potential, but knew she had to put her money where her mouth was, and be an owner just like them.

In 2018, alongside Sarah Musgrove, Jenn founded the bench., leveraging 20 years of experience as an “intrapreneur” providing successful strategic and tactical leadership for both start-up and growing organizations. At the bench., Jenn supports brands and agencies in the realization of their aims, serving as a project lead for vetted freelancers who focus on strategy and creative.

In 2010, she left TMA to care for her mother, who had been diagnosed with cancer. Jenn returned to the workforce, motivated by the notion that the only currency you can’t make more of is time. As a consultant to small to mid-size agencies doing re-orgs, she sought out new revenue channels, and coaching teams on leadership. She also witnessed the breakdown of the agency ecosystem. Jenn pursued a new marketing team model. In Musgrove, with whom she worked at On Board Experiential (OBEXP), she found a like-minded innovator, and they launched the bench.

She currently serves on the Southern California Board for Playworks.

The Future of Work